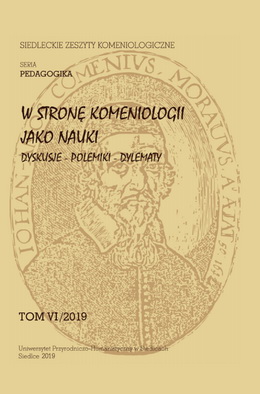 At the turn of the 20th century, the interest in John Amos Comenius’ legacy was on the rise. While various basic monographs and studies were published at the time, his biography still contained a lot of uncertainties and the list of his works was incomplete. In addition to histori-ans, some teachers who admired Comenius engaged in searching for new facts that would con-tribute to answering some issuable questions. One of them was František Slaměník, the founder of the oldest Comenius Museum. This paper focuses in detail on Slaměník’s reports from his private travels abroad to places linked to Comenius’ life. Slaměník’s texts are interesting evi-dence of comeniological discourse in the Czech lands at the last quater of 19th century with overlap to the beginning of 20th century.