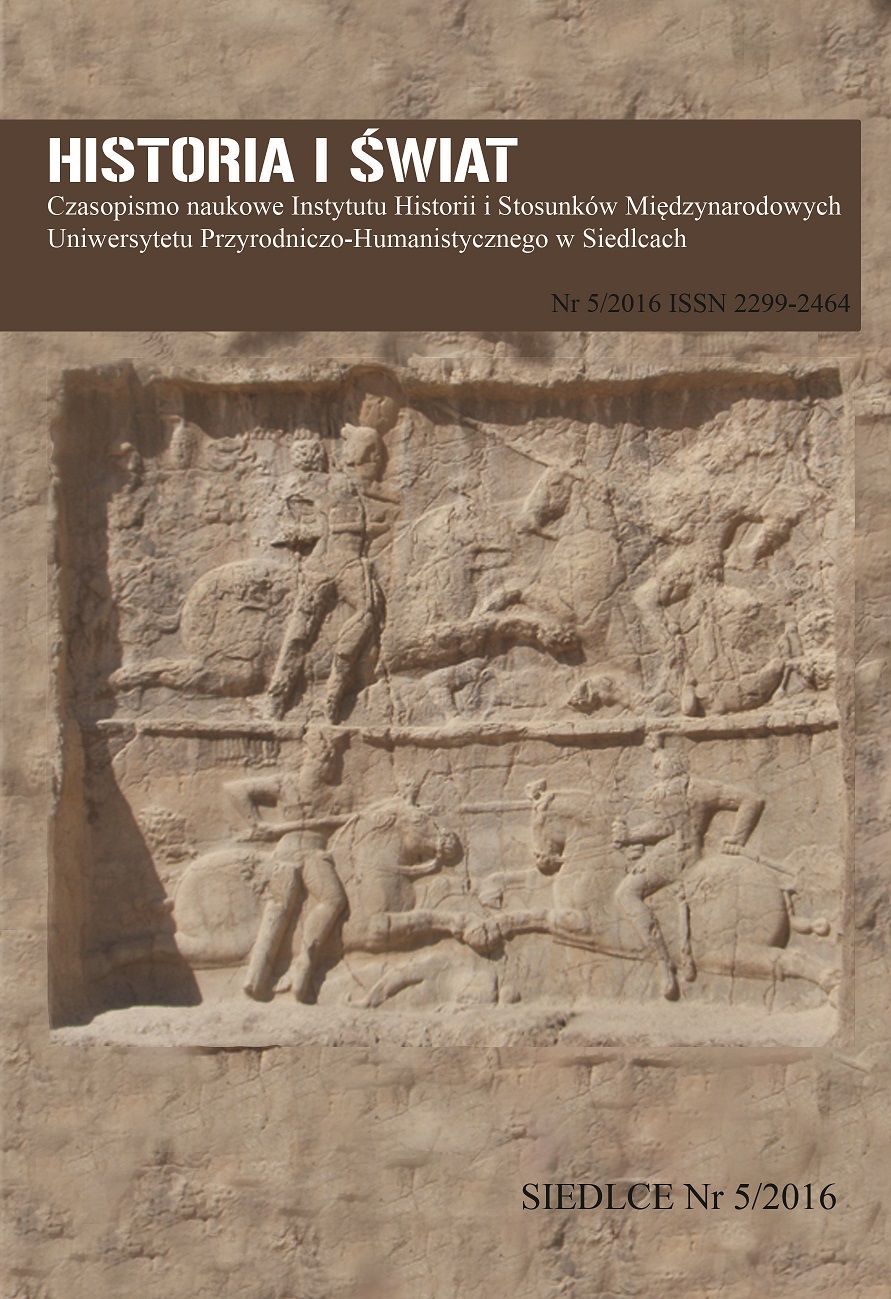 The article discusses a helmet found in 1968 in a mountainous village of Yarysh-Mardy situated on the river Argun in the north-eastern Caucasus. The helmet was often associated with the Golden Horde period, which according to the author seems highly unlikely. On the basis of a detailed comparative analysis, the author puts forward a thesis of dating the object to either the late-Sasanid or early-Islamic period, i.e. to late 6th
- beginning of 8th c. AD. Specifically, it is suggested that the appearance of the helmet in the Caucasus may be attributed to the time of Byzantine-Sasanid conflicts taking place at the turn of 6th and 7th c. AD. Additionally, the article argues that in the late Sasanid period a new sub-type of helmets came into existence, namely the ones with straight spangs and ones with spiky rivets. Furthermore, it is proposed that the Yarysh-Mardy helmet bears certain correspondences to similar finds from Groningen and Bremen.