The life and output of outstanding people, and John Amos Comenius was undoubtedly one of them, is often judged ahistorically and selectively, exposing what has stood the test of time, was a precursor to the future. It is forgotten, because it does not fit into the idealized picture, that like everyone, even the greatest were children of their times, they shared the opinions and superstitions of their contemporaries, and their successes and failures were determined by forces and processes far beyond their extraordinary possibilities. Comenius' achievements, the fact that he did not play such a role in the creation of pedagogy and universal school as he could, were burdened by the debilitating wars, the religious division of Europe caused by the speech of Martin Luther and the Scholar’s unequivocal standing on one side of the dispute, which for a long time practically closed the other, antagonistic side and most of the Continent to his pedagogical ideas. 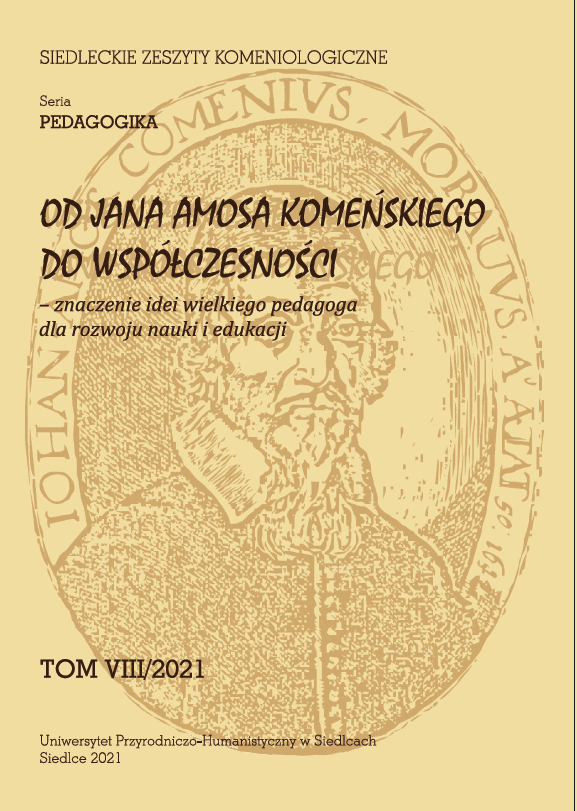