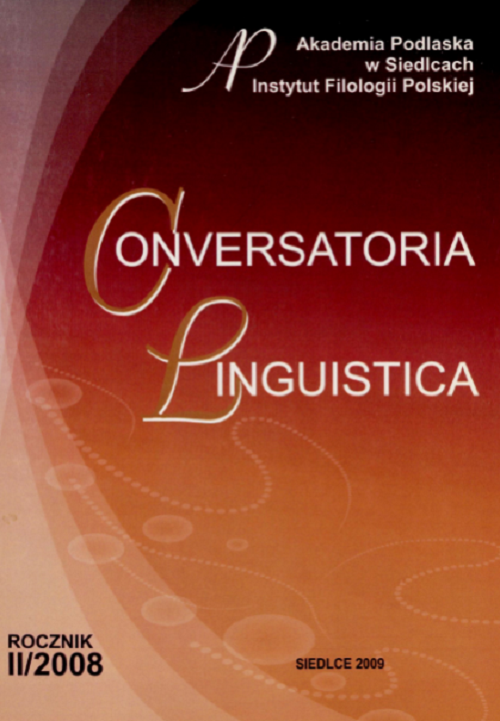 The aim of the present paper is to deliver a report of the third conference The Emotional Register of Language, organised by the Department of Linguistics, Polish Philology, Podlasie Academy. The conference sessions took place at “Reymontówka” Rest House for Scientists and Artists at Chlewiska (placed 20 km west of Siedlce). There were 29 participants from 11 universities, including 2 foreign academic centres. Most significant statements and conclusions drawn from the presentations given during the conference, the Author of the report shows in seven thematic groups:
1) emotions in literary texts;
2) emotions in letters, memoirs, diaries;
3) emotions in professional and social language;
4) emotions in the Internet, tv, radio, advertisement;

5) emotions in dialects;
6) emotions in dictionaries;
7) conclusions.
As a conclusion, in the paper it has been quoted a statement from the presentation of professor Krystyna Wojtczuk who underlined the central position of a human being in linguistic research on emotions and feelings during the last decade.