Charlotte Perkins Gilman (1860–1935) was one of the most productive American writers of the turn of the century. She was an author of novels, short stories, non-fiction essays and poems, well known as an activist fighting for women&#39;s rights and a precursor of feminism. Gilman proposed a redefinition of the roles in domestic life and society, with women taking more prominence. The writer rejected the male dominant role prevailing in patriarchal society and supported other emancipation movements. Using the affinity of man and animals, Gilman initiated an ecofeminist discourse by presenting a different vision, and proposing new views on the assumptions that underpin her contemporary culture. In her feminist work on the equality of women, Gilman has repeatedly drawn attention to the overt display of cruelty against animals. While addressing their rights and freedoms, the writer emphasized the similarities between women and animals in the patriarchal system, both being treated in subhuman disregard against the privileged position of men. However, her attitude towards animals is not precise and the writer repeatedly formulates conclusions that are surprisingly contradictory to her own views. In her utopian novels, the writer emphasized the potential threat from animals to humans and even questioned the animals’ overall significance. Gilman&#39;s views often clash with veiled anthropocentrism, and her ambivalent attitude to the issue of human-animal dependencies makes it impossible to reduce her views to one particular attitude. Her radical feminist views, focused primarily on women's empowerment and the fight against patriarchy, aimed for the overall transformation of society. However, the lack of consistency in Gilman’s views is also manifested in her ambivalent attitude to the overall issue of equality. As she focused on improving the situation of women, Gilman simultaneously ignored the problems of other marginalized social groups, with an undercurrent of racism, class prejudice and xenophobia showing through her writings. 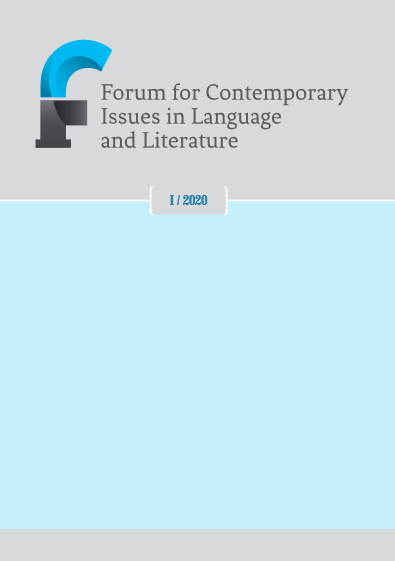 No. 1 (2020): Forum for Contemporary Issues in Language and Literature