THE IMPACT OF TECHNOLOGICAL CAPACITY DEVELOPMENT ON THE LABOR MARKET CONDITION. THE CASE OF THE DOLNOŚLĄSKIE AND LUBUSKIE VOIVODSHIPS 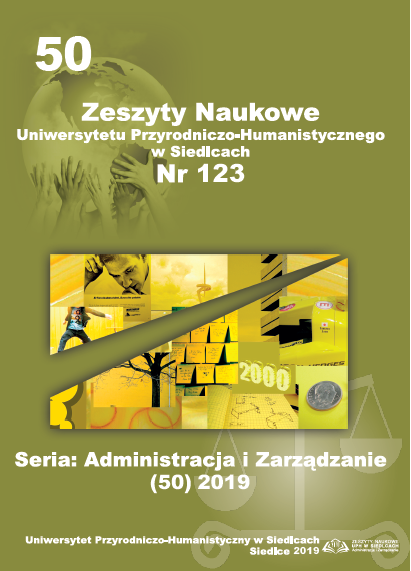 The aim of the article is to assess the impact of the development of technological capacity on the labour market in Poland, in voivodships with significantly different GDP levels: the Dolnośląskie and nearly four times smaller the Lubuskie. Data for the years 2002-2017 were obtained from the CSO Local Data Bank. The research used linear regression analysis and the OLS estimation method. The results have shown that the expenditure on R&D are not a positive factor of employment growth in both voivodships, which may be due to their low values in relation to GDP (on average around 0.5%). The number of students and universities had a positive impact on the labour market in both regions. The catch-up effect and accelerated development recorded in the second part of the examined period in the Lubuskie could have had an impact on better absorption of university graduates and registered patents by businesses and their positive impact on employment levels, in contrast to the Dolnośląskie. Improvement in the economic situation in both voivodships and in the whole country also had a positive impact on the improvement of conditions on the labour market.