The Polish-Czechoslovakian Conflict over Cieszyn Silesia, Spiš and Orava in the years 1938-1939 as Reported by the Polish Provincial Press published in Siedlce 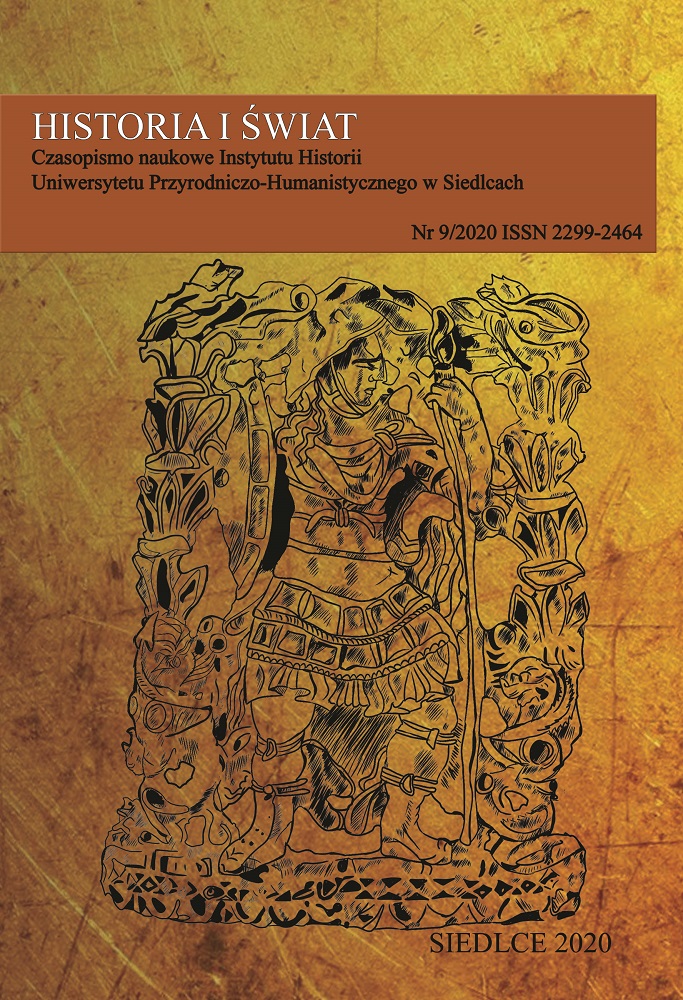 The paper touches upon the theme of how the provincial press in Poland commented on the Polish-Czechoslovakian conflict over Cieszyn Silesia, Spiš and Orava. The timespan covers a few months in 1938 and 1939 - from the time Hitler made his claims towards Czechoslovakia until the moment the state was dismantled. The author has focused on presenting the Polish-Czechoslovakian relations as reported by the press published in Siedlce, a district town located in the centre of pre-war Poland. At that time four periodicals were published there. The analysis of these publications has allowed the author to determine that the editors informed their readers about the situation of the disputed territories on a regular basis. The editors tried to make their message more attractive by posting photos or accounts by special correspondents. They built among its readers a negative image of the Czechoslovakian state, which was presented as an artificial creation where the rights of national minorities were not respected. The incorporation of these lands into Poland was presented as a symbol of historical justice. The press also played an important part in mobilising the local community to act for fellow countrymen from the lands being the object of the Polish-Czechoslovakian dispute. However, it did not recognise the growth of Slovakian independence activities, which were important for the internal affairs of Poland’s southern neighbour.