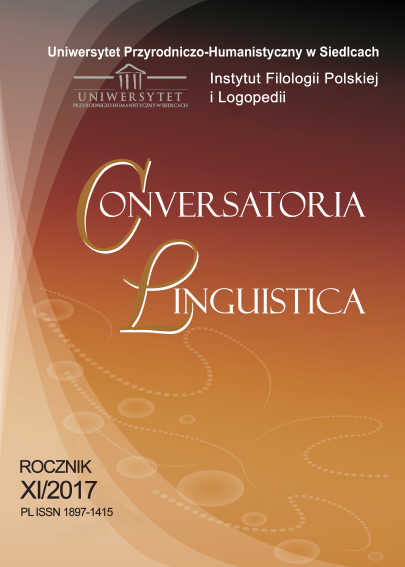 The article is an attempt to analyze a fairy tale (magical) written by a student with
difficulties in reading and writing. The work is a fragment of a wider study of narrative texts of
people with linguistic disorders resulting mainly from the insufficient language and/or communicational
skills (Grabias 2012). The main question stated in this article concerns the correlation
between the language skills and the narrative efficiency, between the high and low skills in
both areas.
The analysis of the language skills in the student’s text shows that the level of the linguistic
competence is insufficient. The student almost does not use punctuation, he makes numerous
spelling mistakes and uses stereotypical language constructions. Nevertheless, the student’s
text, despite the abovementioned linguistic defects, is coherent, and proves the ability to use
superstructures in the understanding of Labov. It also proves the student’s ability to build the
superior sense of the story through the appropriate functionalization of the particular motifs.
In view of the above, it seems to me that in the case of a significant difference between the language
and narrative skills exposed on a larger number of the research samples, it would be possible
to hypothesize on the various sources of the mechanisms of the abovementioned abilities.