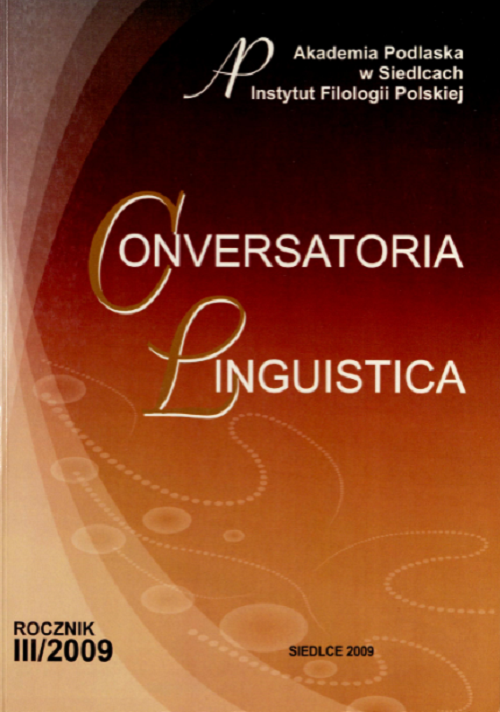 The text constitutes a detailed review of linguistic literature which is devoted to the analysis of language layer of Aleksander Głowacki writing. The author has tried to take into account the widest possible scope of studies regarding the language of the outstanding novelist. She also warned, that due to obvious reasons, she did not familiarize herself with all linguistic works regarding Prus, published in various magazines, academic writings or post-conference volumes. Presented literature covers works created between years 1918-2009. They were written in Polish and they constitute a collection of almost 70 publications concerning Prus linguistics. The books and articles were divided into 5 groups: 1. General works. 2. Works regarding vocabulary, idiomatic expressions, inflection and word formation. 3. Works regarding syntax. 4. Works regarding stylistics and stylization. 5. Other. Besides studies entirely about the language of Lalka’s author, the article also refers to many works only partially devoted to linguistic matters in Prus work.